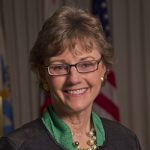 Cindy Silva has been a member of the Walnut Creek City Council since 2006 and served as the City’s mayor in 2011 and in 2013. As a city council member, Silva serves on numerous regional and state-level boards and agencies: Director, League of California Cities; director, East Bay Regional Communications Systems Authority; director and past chair, Central Contra Costa Solid Waste Authority (Recycle Smart); director and past chair, TRANSPAC (regional transportation planning committee); past president, East Bay Division, League of California Cities; chair, Contra Costa County Mayors’ Conference. Professionally, Silva has 40 years of business experience in marketing and communications in industries as diverse as telecommunications, biotech, healthcare, and the non-profit sector. She is a summa cum laude graduate of the University of Southern California. 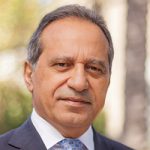 Fuad Sweiss was appointed San Francisco Mayor Ed Lee’s Senior Policy Advisor on Sea Level Rise in July 2016. He previously served as San Francisco City Engineer and Deputy Director for the Department of Public Works since January 2009. In that position, Mr. Sweiss oversaw the Design & Construction arm of the City’s Public Works department including four Divisions with about 500 employees managing over 200 projects valued at about $2.0 billion. In May 2013, Governor Brown appointed Mr. Sweiss to the California Seismic Safety Commission for a two-year term and renewed the appointment in May 2015 for four years. Fuad is passionate about collaboration and sharing San Francisco’s initiatives on seismic strengthening of buildings and resiliency programs with other cities and jurisdictions throughout California. Also, he travelled to other countries to inspect earthquake damaged areas and to lecture on seismic safety and earthquake early warning systems.

Mr. Sweiss has about 35 years of experience in the management, design, and construction of projects in the public and private sectors including 18 years with the City of Oakland, seven years with Black and Veatch & the CEC in Amman, Jordan working on USAID funded projects, and three years managing his own small real estate development and consulting engineering firm. Mr. Sweiss graduated from the University of Jordan in 1981 with a B.Sc. Degree in Civil Engineering. He is licensed in the State of California as a Professional Civil Engineer, a Professional Land Surveyor, General Contractor, LEED AP, and Real Estate Broker.

Ida A. Clair was appointed as the first female State Architect in April 2021. Ida leads four regional offices and a headquarters office in providing design and construction oversight of public K–12 schools, community colleges, and various other state-owned and leased facilities, and in rulemaking development for accessibility for California’s public accommodations, public buildings, commercial buildings and public housing.

Prior to taking up the mantle as State Architect, Ida was the Principal Architect where she managed the accessibility, sustainability, and fire & life safety programs for public K–12 schools and community colleges, directed CALGreen regulatory development applicable to school facilities, directed Access Code regulatory development for the State of California, and administered the Certified Access Specialist (CASp) Program. From 2013–2016 Ida served as DSA’s first technical administrator of the CASp Program where she established the Program’s professional practice standards, improved regulatory standards and provided examination development and training.

Ida has twenty-six years’ experience in private architectural practice where she specialized in the design and construction of affordable and sustainable multifamily residential facilities and provided accessibility compliance surveys and third-party accessibility plan reviews for a major health care provider. A CASp, Ida was instrumental in the creation of the Certified Access Specialist Institute in 2010

The Board of Supervisors appointed Alegría as the Interim Director of the Office of Equity in August of 2020. In September of 2020, the Board appointed her as the permanent Director. Previous to her role as the Director of the Office of Equity, Alegría served in the County Counsel’s Office as Deputy County Counsel (2015-2017) and as Chief Deputy (2017-2020). Before joining the County of Sonoma in 2015, Alegría worked in public service and public interest for the State of California, Agricultural Labor Relations Board; the Center on Race, Poverty & the Environment; and California Rural Legal Assistance. Alegría holds a Bachelor of Arts in History from Yale University, a law degree from the University of California, Berkeley, School of Law, and has been a licensed attorney in California since 2003. Alegría is a current member of the Board of Directors of the Dolores Huerta Foundation, founding Member of SoCo Latinx Employee Resource Network, Santa Rosa City Schools Trustee for Area 3, and the Board Chair of the Sonoma County Secure Families Collaborative. Recent past board service positions include SoCo Rises, Raizes Collective, and the U.S. Department of Agriculture, Farm Service Agency California State Committee.

Alegría identifies as Chicana and recognizes, embraces, and celebrates her responsibility to contribute meaningfully to public service, social justice, and equity. On the weekends, you can find her in a wetsuit body surfing at Doran Beach, reading fiction, and running slowly through Sonoma County’s beautiful parks.

Debra L. Garnes was elected to the Rio Dell City Council in November 2014. She is currently serving her second term as Mayor. In her elected capacity she serves on the Humboldt/Del Norte Hazardous Response Authority and President, Redwood Empire Division, League of California Cities. Garnes, retired from Sacramento Municipal Utility District, spent her career in the fields of hazardous waste mitigation, hazardous materials, hazardous materials emergency response and first responder emergency response. Garnes has strong entrepreneurial experience having owned a successful small business in North Sacramento for many years. Garnes was appointed to the Seismic Safety Commission by Governor Gavin Newsom in 2021. 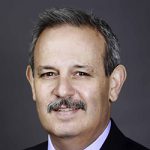 In 2000, he was appointed as Deputy Director of the California Governor’s Office of Emergency Services where he oversaw statewide emergency operations, planning and training. Previously he served as a Federal Coordinating Officer (FCO) with the U.S. Federal Emergency Management Agency. Mr. Ghilarducci has over 30 years of diversified service in both the public and private sectors, in the emergency services, fire and rescue and homeland security disciplines. 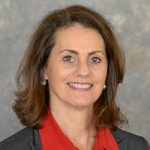 Mia Marvelli, Commissioner: Marvelli, a licensed Architect, is the California Building Standards Commission (CBSC) Executive Director. Marvelli joined CBSC in 2012 with 20 years of prior state service including the Department of Water Resources and the Department of General Services, Real Estate Services Division. Marvelli was selected as the CBSC executive director in February 2016. CBSC administers the processes related to the adoption, approval, publication, and implementation of the California Building Standard Code, Title 24, California Code of Regulations. Marvelli serves as a SSC Commissioner pursuant to Government Code Section 8870.2 which requires one member of CBSC be represented on the Seismic Safety Commission. 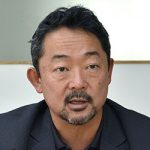 Dr. Miyamoto is a world-leading expert in disaster resiliency, response and reconstruction. He provides expert engineering and policy consultation to the World Bank, USAID, UN agencies, governments and private sector. He is a California Seismic Safety Commissioner, a Global CEO of Miyamoto International and a structural engineer.

From the devastating 2010 Haiti earthquake to the Ecuador, Nepal, Indonesia, New Zealand, Mexico and 2020 Puerto Rico earthquakes, Dr. Miyamoto has led teams of experts on dozens of response and reconstruction projects around the world. He also led critical seismic risk reduction programs in Turkey, the Philippines, Romania and Bangladesh, as well as disaster risk mitigation policy work in Colombia, Costa Rica, Ecuador and El Salvador. He is one of the most respected minds in disaster resiliency and recovery.

Dr. Miyamoto holds advance degrees from the Tokyo Institute of Technology and California State University, where he has been recognized as a Distinguished Alumni. His team won the Engineering News-Record’s “Best Global Project” award four times and the U.S. Presidential “E” award. Major media such as ABC, CNN, LA Times, NY Times and Rolling Stone have profiled him. He was also featured in the “Designing for Disaster” exhibit at the National Building Museum.

Senator Anthony Portantino represents California’s 25th State Senate District, which stretches along the 210 Freeway from Sunland/Tujunga to Upland. Supporting public education, mental health, and sensible gun control have been priorities for Senator Portantino during his time in office. He personally negotiated the end of the 710-freeway tunnel with the Brown administration and authored SB 7, which formally ended the threat of the freeway, protected the non-profits in the corridor, and paved the way for Pasadena to develop the dormant freeway stub. Senator Portantino currently serves as the Chair of the Senate Appropriations Committee and a Select Committee to foster trade between California, Armenia, and Artsakh. Prior to his years as a representative, he spent many years working in film and television production, served on the California Film Commission, and spent nearly eight years on the La Cañada Flintridge City Council, with two terms as Mayor.  In 2019, he was awarded the prestigious Ellis Island Award at a ceremony in the historic island’s great hall. Senator Portantino grew up in New Jersey, where he attended public schools and graduated from Albright College in Reading, Pennsylvania, where he met his future wife, Ellen, a longtime business executive at Warner Brothers and Disney.  They have two daughters. 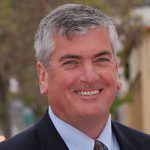 Supervisor David Rabbitt was elected to the Sonoma County Board of Supervisors in November 2010.  The senior member of the Board is serving his fourth term representing the diverse blend of urban and rural comprising the Second District of Sonoma County. The Supervisor has served as Chair of the Board of Supervisors on three occasions including unprecedented back-to-back terms in 2013 and 2014.  Supervisor Rabbitt also serves as a Director of the Golden Gate Bridge Highway Transportation District, Director of the Association of Bay Area Governments, Commissioner on the Metropolitan Transportation Commission, Chair of Sonoma-Marin Area Rail Transit and Chair of the North Bay Water Reuse Authority. He was appointed by Governor Brown to the California Seismic Safety Commission in 2013 and again in 2017 and reappointed by Governor Newsom in 2021 representing local government. Supervisor Rabbitt is an architect and resides in Petaluma.

A native of Southern California, Mr. McGowan holds a bachelor’s degree from the University of North Carolina at Chapel Hill and a master’s degree in Public Policy from Pepperdine University. Mr. McGowan has attended a variety of emergency management educational programs, to include FEMA’s National Emergency Management Executive Academy, the Naval Post Graduate School’s Center for Homeland Defense and Security’s Executive Leaders Program and Harvard University’s Kennedy School of Government Leadership in Crises.