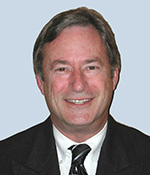 Richard McCarthy has served as the Executive Director for the California Seismic Safety Commission since 1995. The California Seismic Safety Commission was established by legislation in January 1975 to set goals and priorities for earthquake safety and advises the Governor and the State Legislature on earthquake risk reduction issues. In addition, the Commission is responsible for developing and maintaining the California Earthquake Loss Reduction Plan. This document is a comprehensive strategic plan that sets forth statewide policy and direction in pursuit of the vision for a safer California.

Mr. McCarthy is dedicated to the reduction of earthquake risk to the people and property in the State of California. He has published numerous articles and reports and has served on many scientific committees and federal/state task forces.